McKinsey: one of the three new cars in the world will come from China 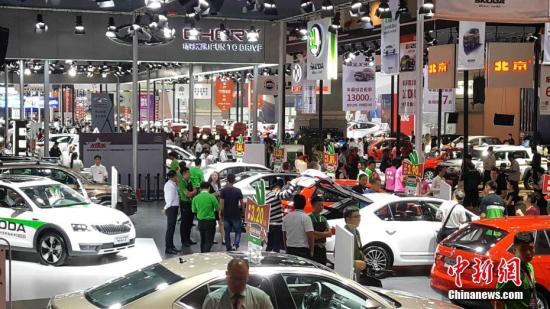 A global management consulting firm McKinsey report released in Shanghai on 22 "Nongchao new consumption: with a new generation of car buyers face to face" forecast, in the foreseeable future, China car market still will be the main engine of global growth. From now to 2022, the average annual growth rate in the Chinese market will be maintained at 5%, which means that one of the three new cars sold in the world is from China. In contrast, developed markets such as the United States and Europe have contracted or stagnated at the same time.
Data show that since the end of 2011, China's auto market has achieved a strong rebound in 2016, and sales volume has increased by 20%, reaching 22 million 800 thousand vehicles, almost two times the increase in 2015.
In order to better understand how the evolution of Chinese car buyers and the evolution of consumer behavior will affect the future car market, McKinsey launched an extensive survey of more than 5800 Chinese consumers who bought cars last year in July 2017. These car consumers are from 44 cities (from one to four lines) and 7 counties, covering 19 key cities in China.
The survey showed that the sales of SUV continued to lead the growth of the Chinese market. In the past four years, SUV has contributed 66% of the total growth in car sales. McKinsey predicts that SUV will continue to maintain its strong position: by 2022, there will be a SUV in every two new cars sold in China.
The high end market of China's automobile is still in the ascendant. 55% of the respondents who replaced or re bought new cars in 2016 chose more expensive models. In addition, although nearly half of the respondents no longer regard cars as a symbol of social status, more and more young people and luxury cars, which cost more than 400 thousand yuan, still think that cars represent their identities.
It is worth noting that the new generation of auto consumers in China will choose to share more trips and look forward to unmanned vehicles. The survey found that the probability of using carpool service every week is two times higher than that of older people (12% to 6%), and the possibility of using P2P car rental service is also higher (14% to 9%).
More than 60% of the respondents believed that unmanned vehicles would be the means of transportation for the future, while only 43% and 31% people in the United States and Germans with the same view. But when it comes to the operation of unmanned vehicles, some of the respondents are more likely to be participants in the non traditional car industry, such as the government and new travel service providers.
"In the future, China will still be a competitive place for all automobile brands. With the development of Chinese auto consumers, the automobile manufacturers have grasped the following keywords: providing leading connectivity, innovating in digital, stepping into the electric vehicle market, and taking actions in the new used car market. Gao Xu, a senior director partner at McKinsey Global, and the head of the Asian automotive consulting business, said.
McKinsey's global managing partner, China automotive consulting business leader Wang Ping pointed out that with the domestic brand, digital enterprise and sharing travel service providers in the increasingly fierce competition, if the traditional automobile manufacturers has not only been eroded away. The days of "easy" growth in the Chinese market have gone away, and future success needs new technologies and new ideas.

下一个：28 of the world's famous automotive trim for rubber