The expansive development of electric vehicles will completely change the pattern of the international raw material market, Western media said. In the current international market, this process has had a positive or negative impact on the prices of some raw materials, such as lithium, crude oil, etc. And as electric cars constantly encroach on the market share of gasoline and diesel fuel, the process is bound to accelerate further. Oil, lithium, palladium, cobalt, platinum and so on will be the main character of the play, although their fate is going to be quite different. 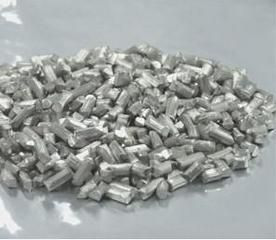 According to Spanish website reported on June 5th, has long been known as the "black gold" oil is now in danger of losing the market of raw materials "crown", and is "white A new force suddenly rises. lithium oil" reputation, because the current electric vehicle battery using lithium as a raw material for the mainstream. This new strategic resource is becoming a new value in the commodity sector.
The growth of oil demand in the global market is slowing down, and this trend will become more obvious in the next few years. Industry analysts believe that for a long time, the price of international crude oil will remain below the price level of several years before 2014 (when oil prices fluctuated between 70 and 100 dollars per barrel).
The International Energy Agency (IEA) predicts that the global demand for coal and oil will peak by 2040. The International Energy Agency also estimates that, in general, the fuel consumption of cars will be reduced in the future. Although the volume of car ownership will double in the next 25 years, the decrease of new car fuel consumption and the increase in the number of electric vehicles will reduce the consumption of petroleum fuel.
The UBS group said a continuing decline in the market share of diesel vehicles could lead to a decline in the platinum demand. Platinum is widely used to make diesel vehicle emissions conversion devices, while gasoline engines use palladium instead. The forward price of platinum and palladium has changed significantly due to the demand changes in the development trend of the electric vehicle industry.
Market people believe that lithium will be the king of the raw material market for a long time. At the same time, the rise of cobalt as a raw material for batteries should not be ignored.

下一个：McKinsey: one of the three new cars in the world will come from China